Google this week announced that Photos has 1 billion users and launched Gallery Go for the Next Billion Users. Google Photos 4.21 this week suggests that the “stories” format is coming to the main app, while Smart Display Photo Frame settings could be integrated.

About APK Insight: In this ‘APK Insight’ post, we’ve decompiled the latest version of an application that Google uploaded to the Play Store. When we decompile these files (called APKs, in the case of Android apps), we’re able to see various lines of code within that hint at possible future features. Keep in mind that Google may or may not ever ship these features, and our interpretation of what they are may be imperfect. We’ll try to enable those that are closer to being finished, however, to show you how they’ll look in the case that they do ship. With that in mind, read on.

Thanks to Snapchat and Instagram, the “story” is a very popular concept well suited for viewing on mobile devices. The vertical format might now be coming to Google Photos.

Version 4.21 features several animations that are part of an introductory prompt that guides you through basic navigation gestures. This includes tapping the right edge of the screen to move forward, left to go back, and dragging from edge-to-edge.

A fourth animation of a calendar, along with a few lines of code, suggest that stories could be used to showcase “memories.” This would be similar to how Google Assistant creates “Rediscover this day” picture collages. Stories could possibly integrate video for a more interactive walk down memory lane.

There are strings in Google Photos 4.21 describing a settings page to “Show Memories” that exist “On top of main photos view.” Other preferences would let you manually hide people & pets, content, and dates. At this time, it’s unclear if Memories will be exportable to other social platforms, or whether they’ll leverage native sharing capabilities in Google Photos.

On top of main photos view

Assistant Smart Displays double as great digital photo frames. However, setting up the experience is quite cumbersome and somewhat buried in the Home companion client. Google could be moving — or adding — the customization process directly into the Photos app. Strings in Google Photos 4.21 describe an interface that seems similar to the existing one in the Google Home app.

Add albums you want to display on this device.

Your albums will appear alongside automatically generated collections for “People & pets,” “Recent highlights,” and “Favorites.”

Version 4.20 of Google Photos even features an identical list of device locations offered by the Google Home app. 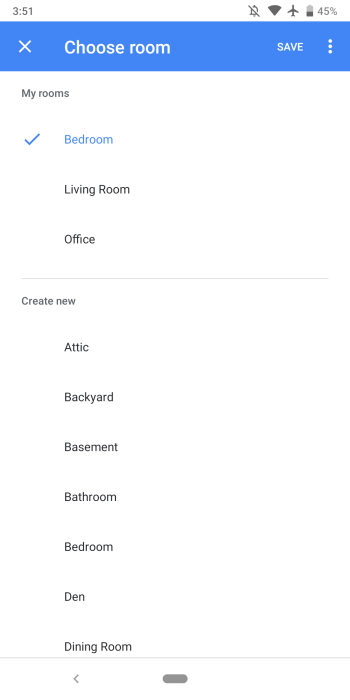 Google Photos 4.21 is rolling out now via the Play Store. Thanks to JEB Decompiler, which some APK Insight teardowns benefit from.